LOS SKETCHFEST – The Funnest Contest Of The Year

It was incredible, amazing, sports on the highest level, fun, old school and certainly sketchy! The first ever LOS Sketchfest was a contest that reminded us all of why we are skiers. Skiing is about having fun with your friends.

Four Teams of 4 riders per team competed against each other in four categories.

The first contest was “spin to win.” It was no other that Oscar Scherlin from Sweden,who did the most spins with an incredible switch 1260. Oscar joined the German skiers Ole Pavel, Phil van der Beck and Lucas Mangold, as team “Sieg oder Akkia”.

But the results of all team members where accumulated and it was team “Full Send” with team captain Paul Klein, Johannes Rohrmoser, Christian Jenny and Julius Schneider who got the most spins as a team and therefor took the lead after the first contest.

The second category was the backflip contest. Each team could use the whole venue to do backflips, each of the riders needed to do as many as possible backflips and again all backflips were added to the team overall scoring. It was Sieg oder Akkia who accumulated a total of 15 backflips which no other team could match.

And again it was “Full Send” who took the win with a total of 20.9 meters.

For team “Eggs Of Steel” with captain Flo Geyer, Dennis Renalter, Tobi Gratz und Tobi Huber as well as team “Banging Bananas” with captain Brosei, Basti Färber, Georg Stüchler and Vince Wörle it meant that they had to step it up in order to close the gap to “Full Send” and “Sieg oder Akkia”.

The last category required some serious team work. Last up was the train category inspired by the LOS famous train each team had to come up with the best train performance.

The local team “Banging Bananas” used all of their home advantage and skied the most creative train -taking the win.

The results after 4 categories looked as follows:

Thanks to all the athletes for making this event epic!!! | Sven 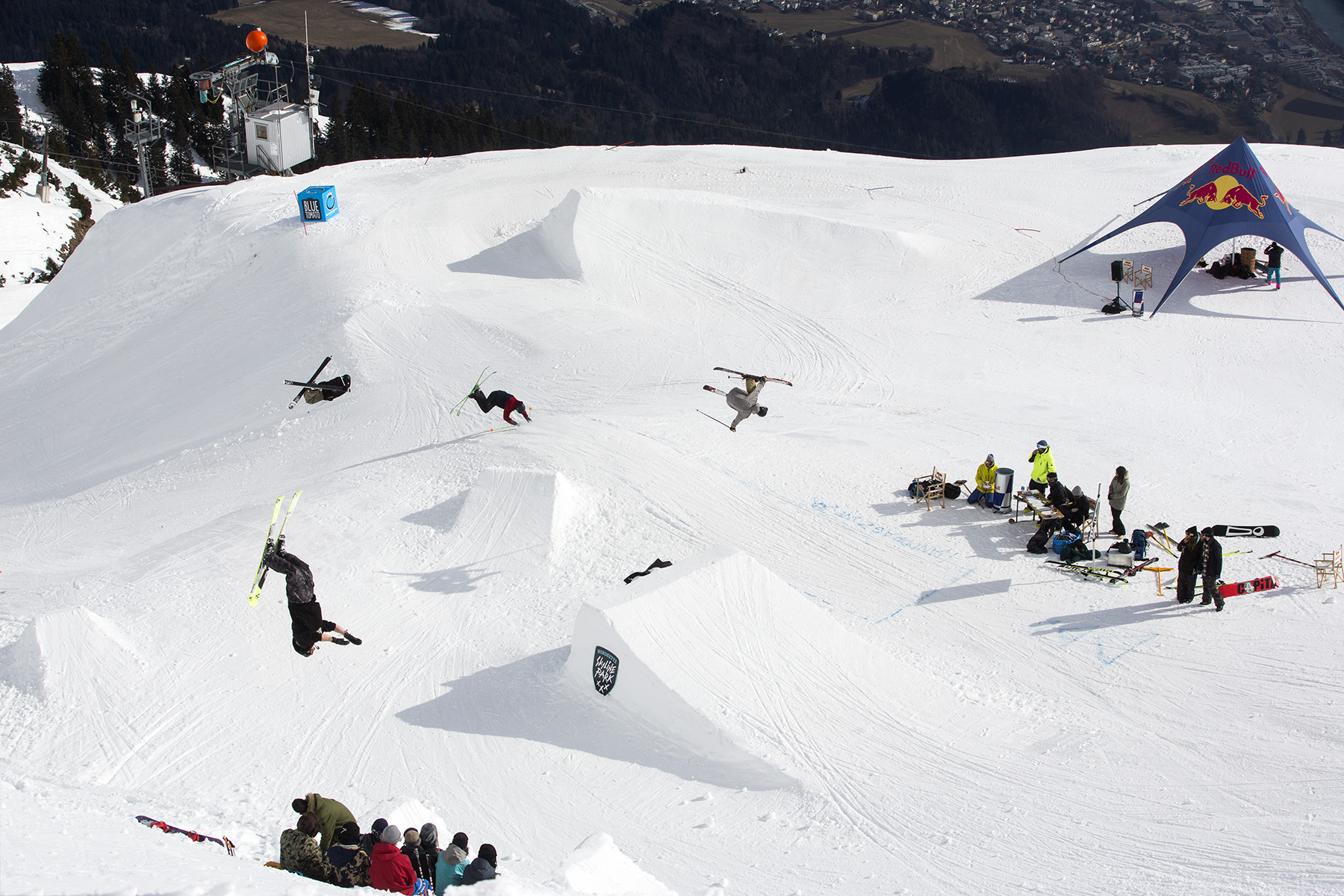 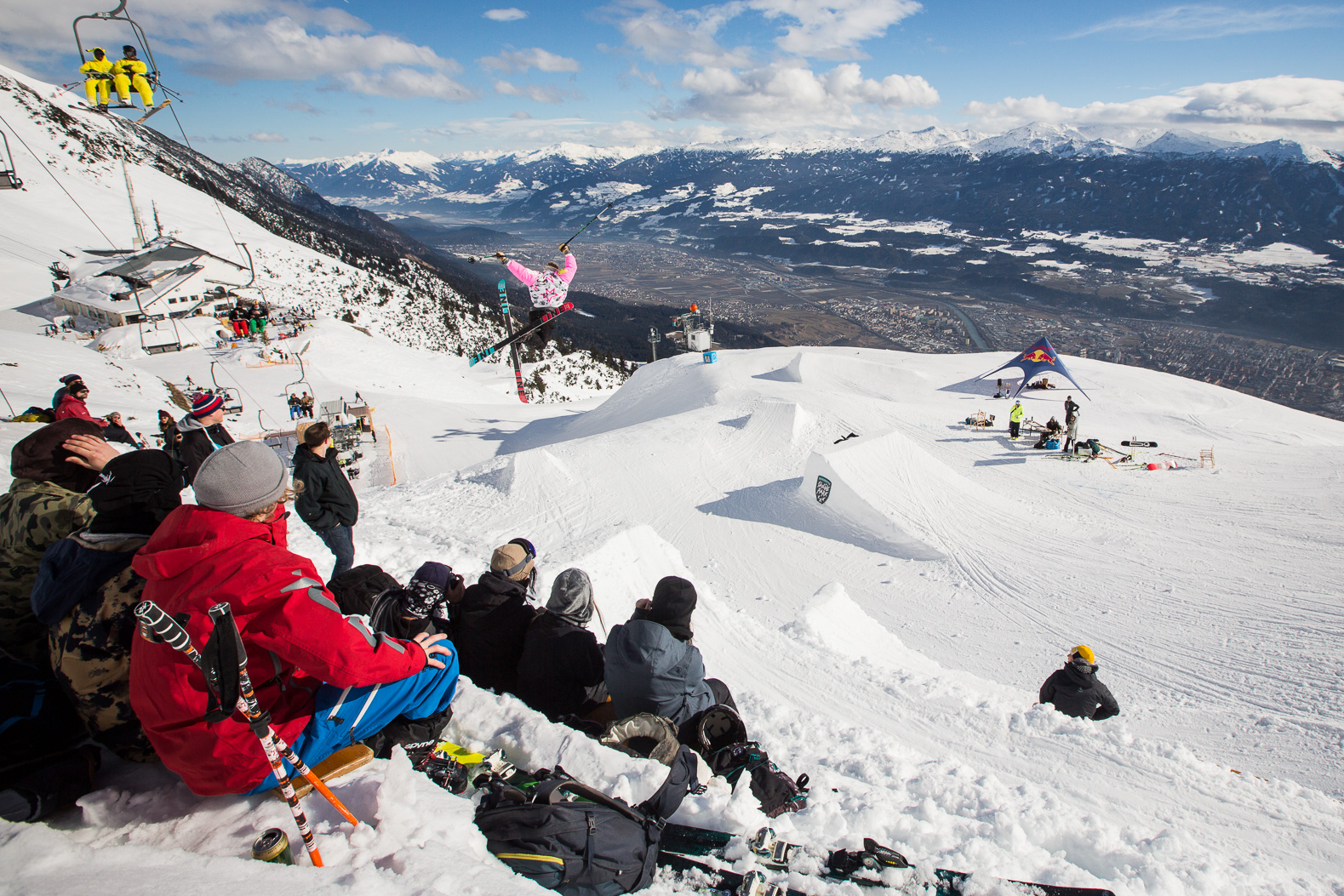 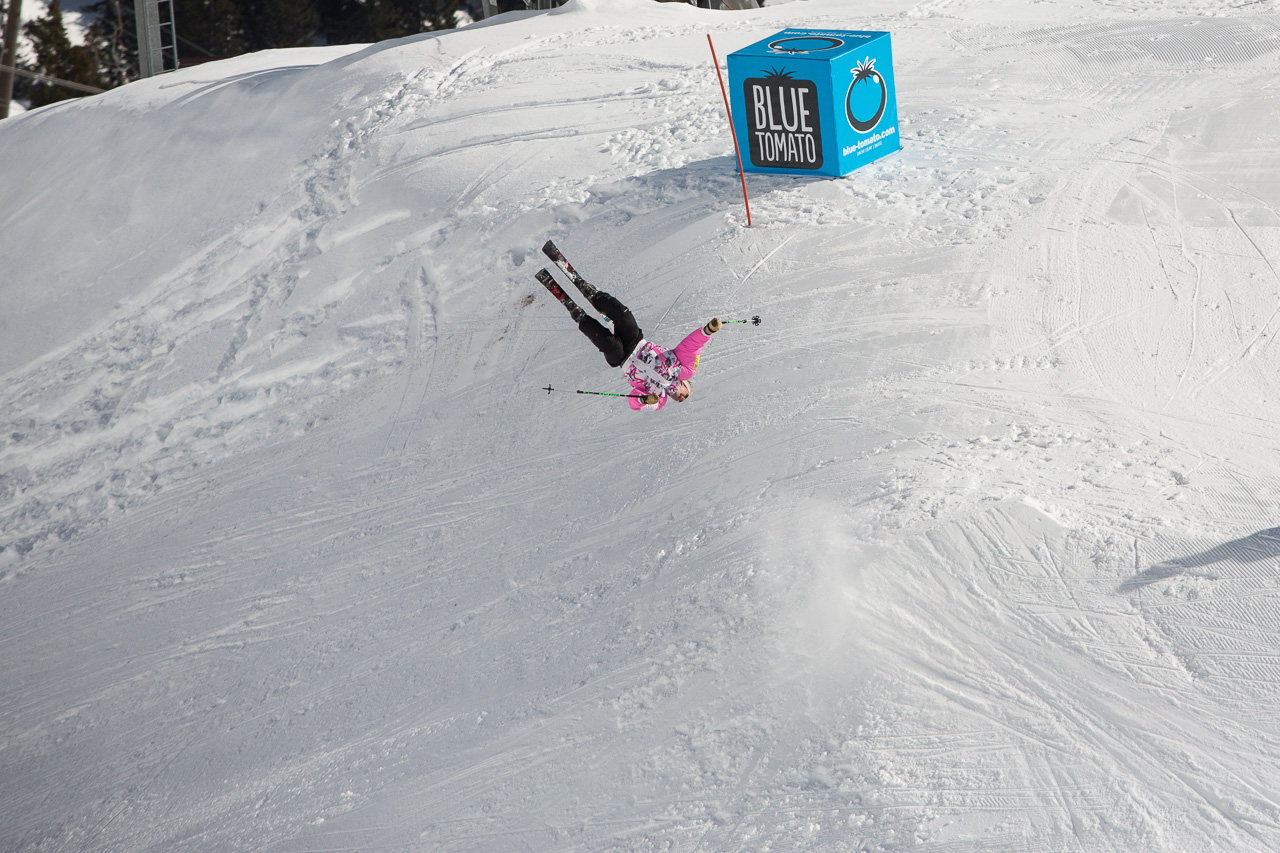 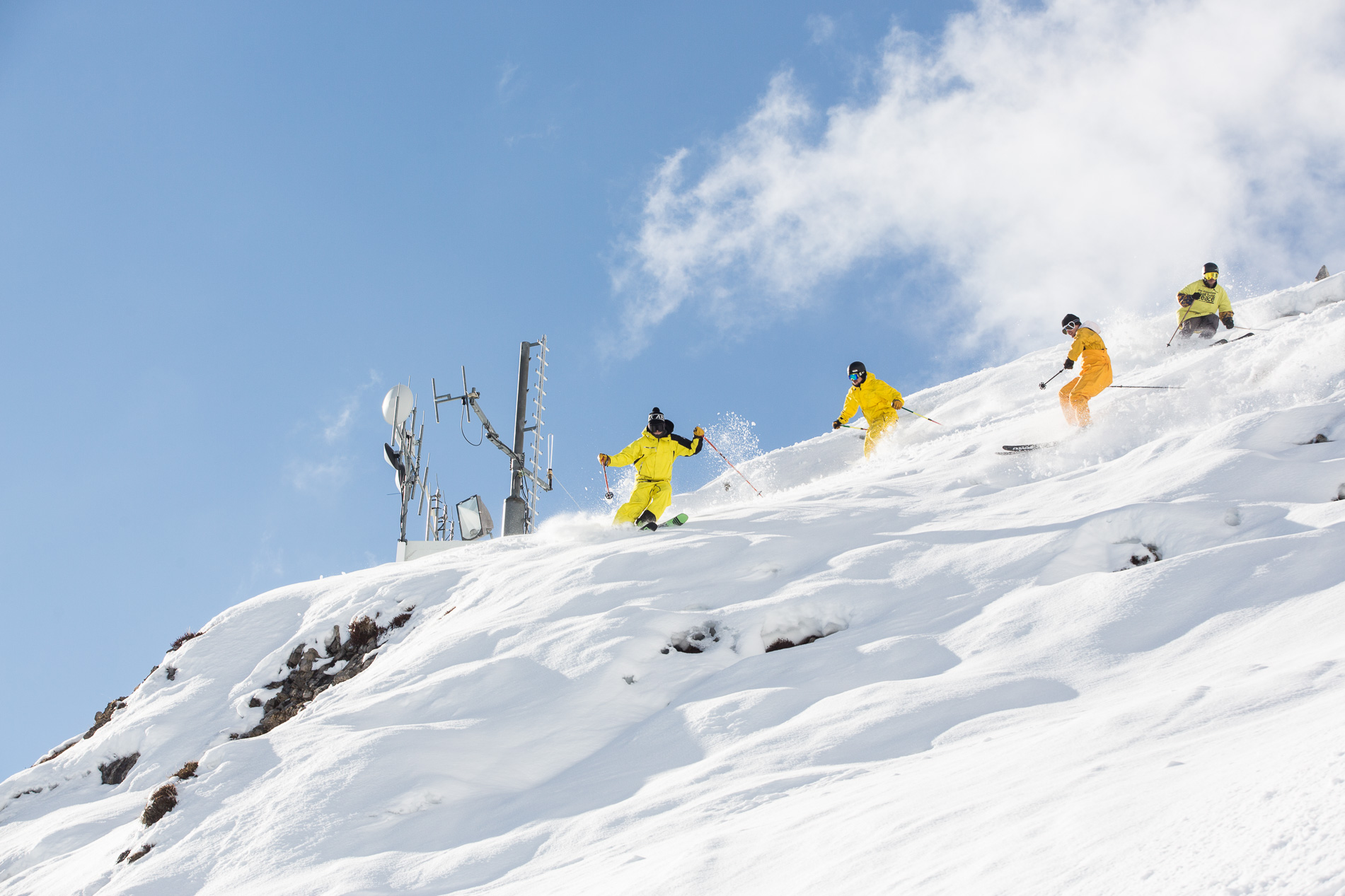 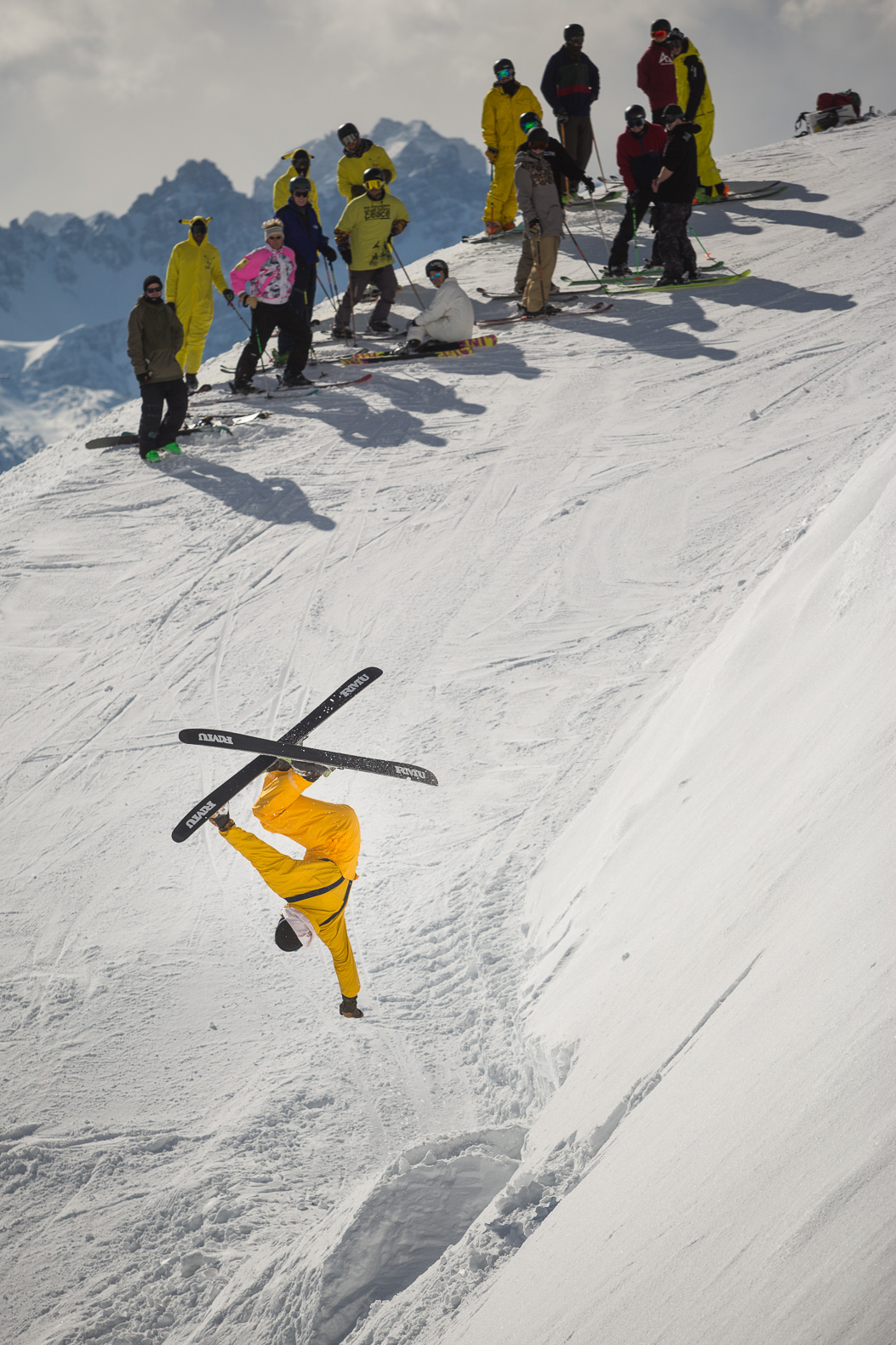 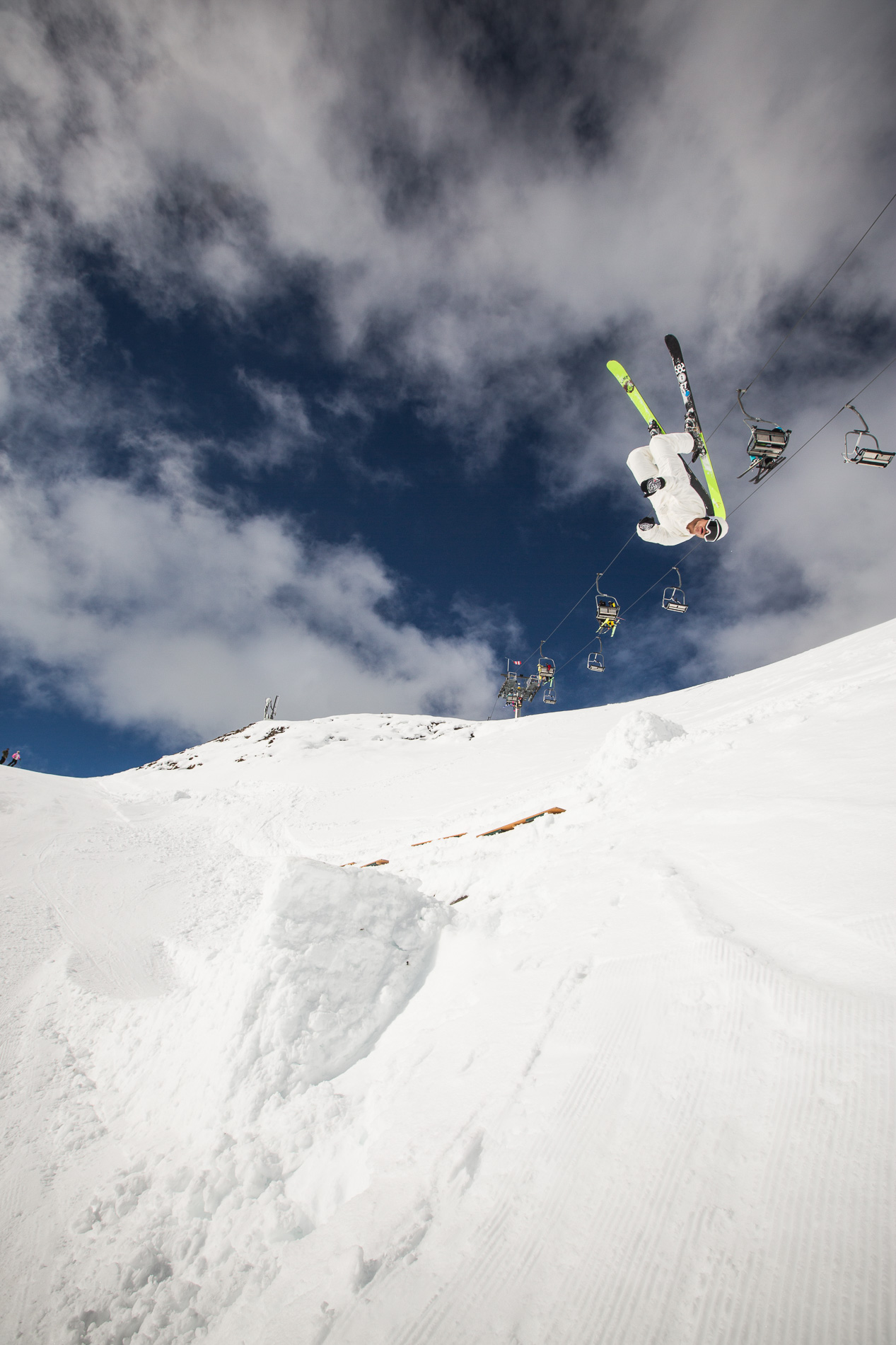