Alaska – The Trip Of My Lifetime

Alaska is a special place in many ways. For skiing it is special because the snow sticks to the steep terrain because of it´s coastal location. At the same time the coastal weather also makes it very challenging to get the conditions we need for filming.

I planed this film trip to Alaska for LOS´s new flick Passenger a year in advance. We showed up with a rather big crew of 7 athletes, 3 filmers and two photographers. I knew from the beginning that we need to be dialed as a team to make this one a successful trip. It wasn´t my first time to Alaska, I have spend quite some time there and did guide school back in 2008. Regardless, coming there always feels like a new adventure into the unknown to me.

As mentioned the conditions are tough and we knew we need to expect a lot of down time waiting for the weather to clear. And so it was. We started of lucky with a day and a half of sun and all time blower snow. The athletes in the crew were: Tobi Tritscher, Fabi Lentsch, Tom Leitner, Bene Mayr, Thomas Hlawitschka, Sam Smoothy and myself.

With a crew that big, all athletes really need to step back at one point to give every one a equal chance to get their lines. And with the very few opportunity we get out there, this is easier said than done. The more it amazed me how well we worked together as a team and made sure everyone got the same out of the trip. I am very thankful that I could share this trip with such an all time crew.

The trip had quite two sides to it, on the one hand we sat around for long days just sitting around doing not much at all. And that is the majority of the time. For about the first week we were really active, going out hiking, exploring the surroundings, going fishing, taking a trip to Juneau, going to town, taking pictures of stuff etc.

But going into week two we really didn´t do anything at all other than sitting in the Funny Farm near the heli port surfing the web and looking at the weather forecast. 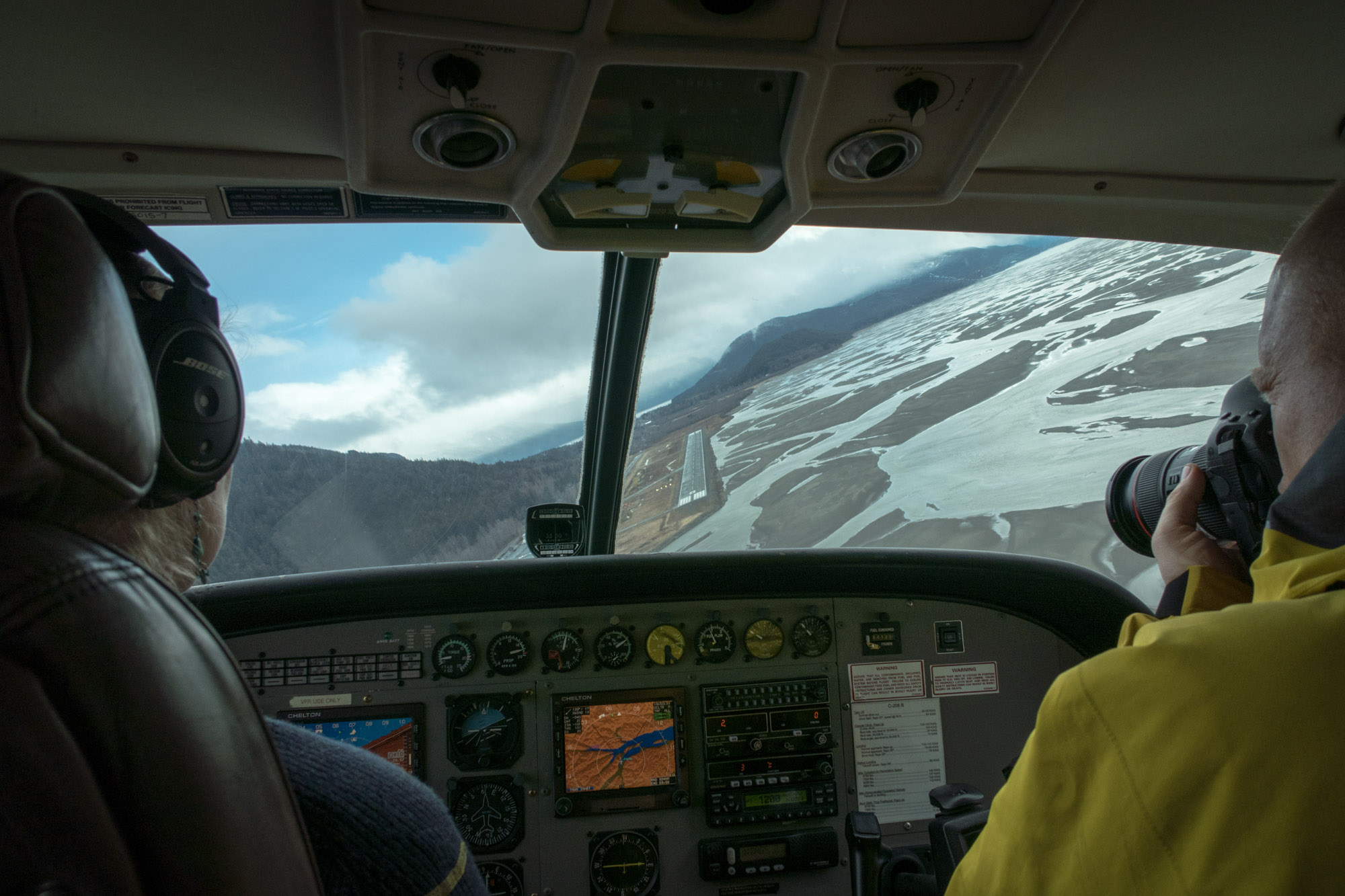 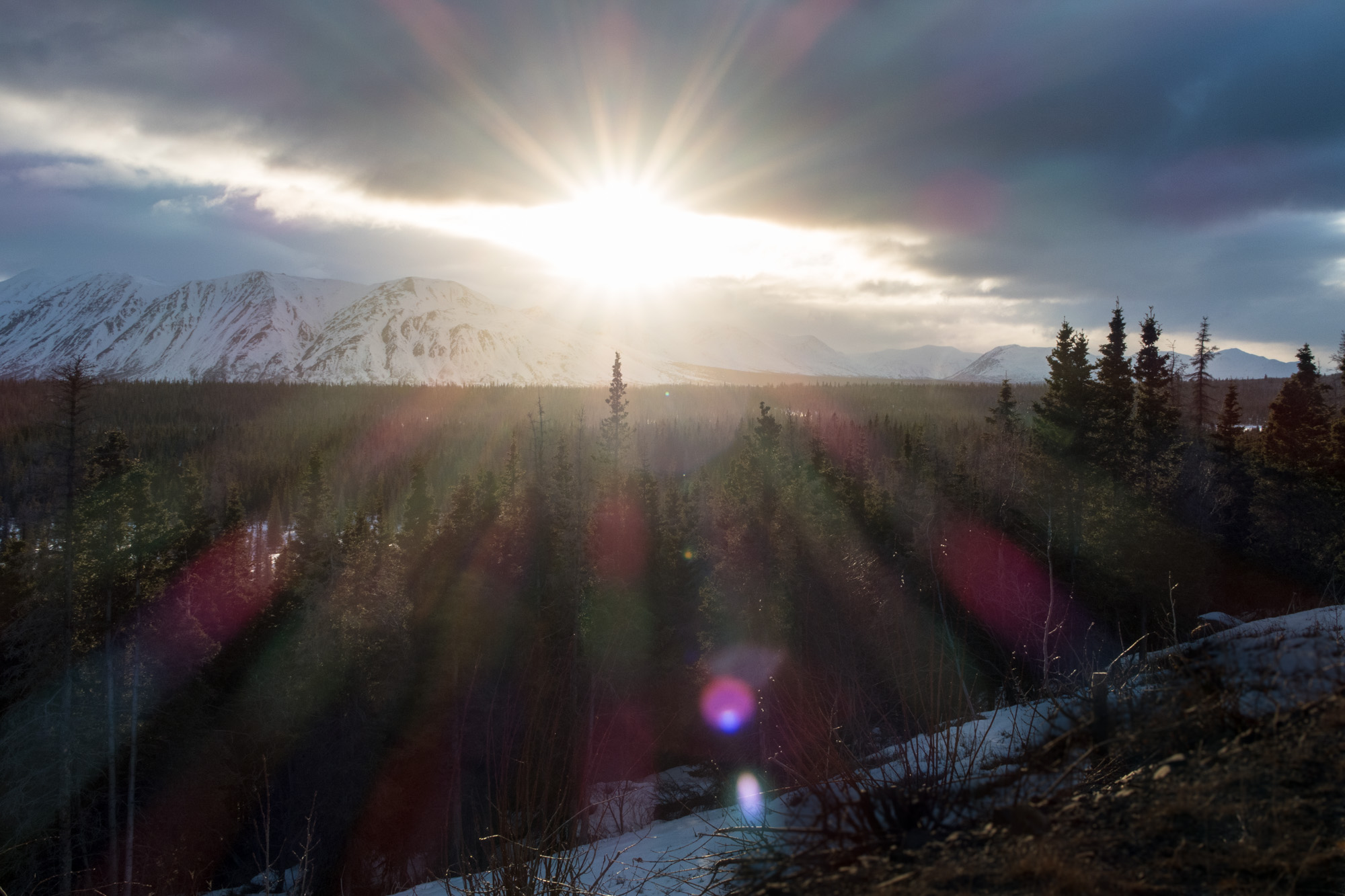 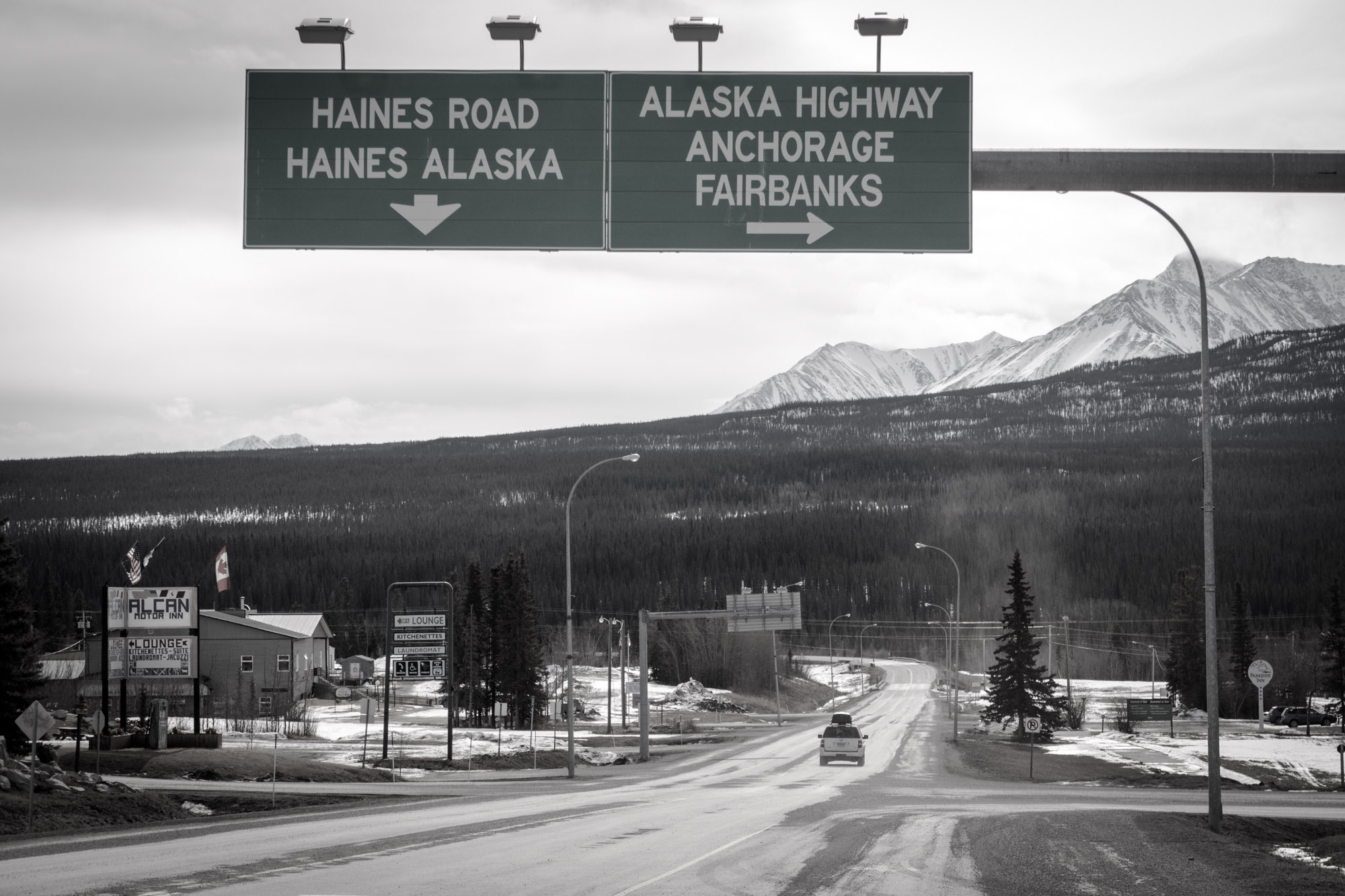 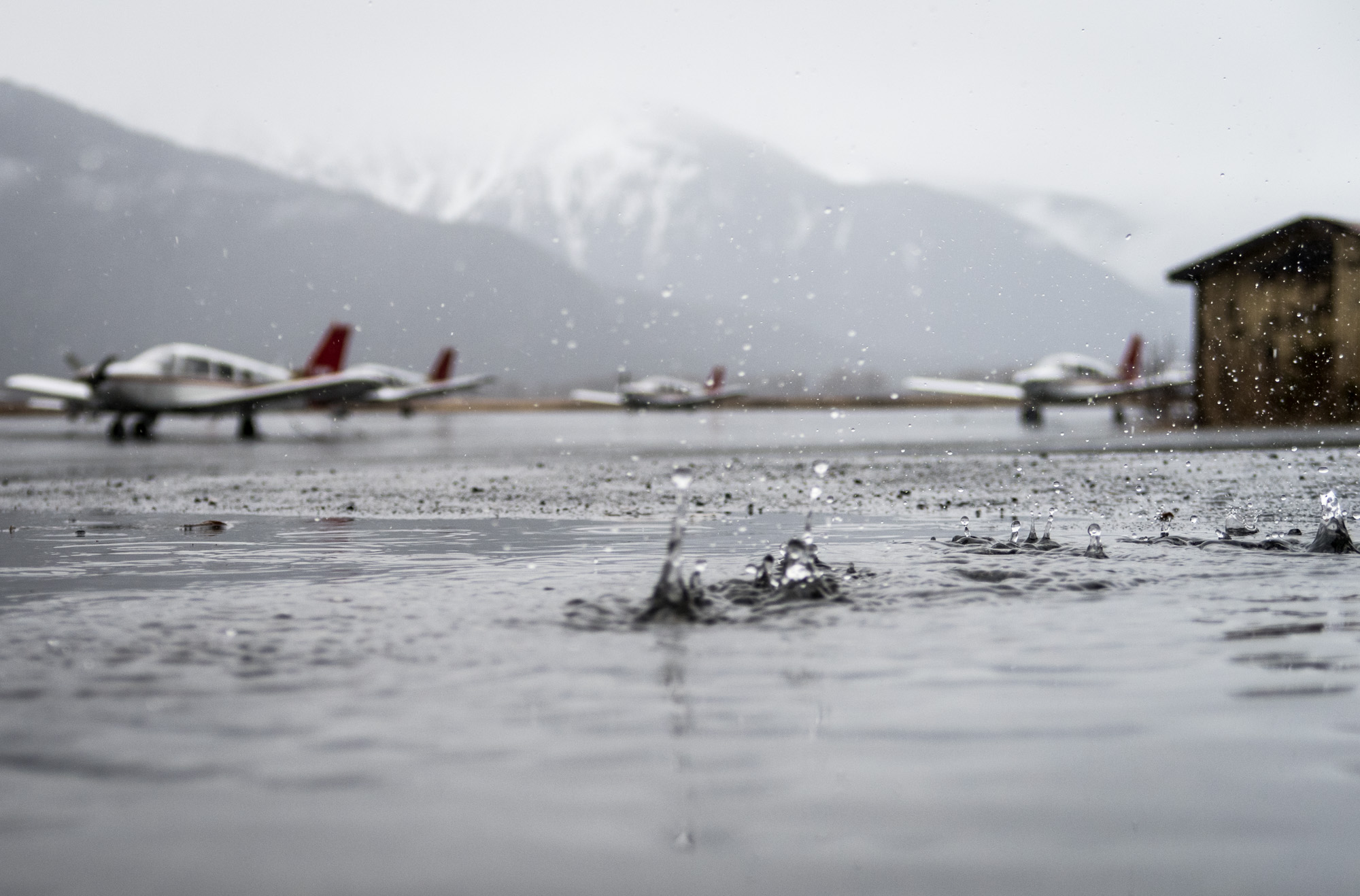 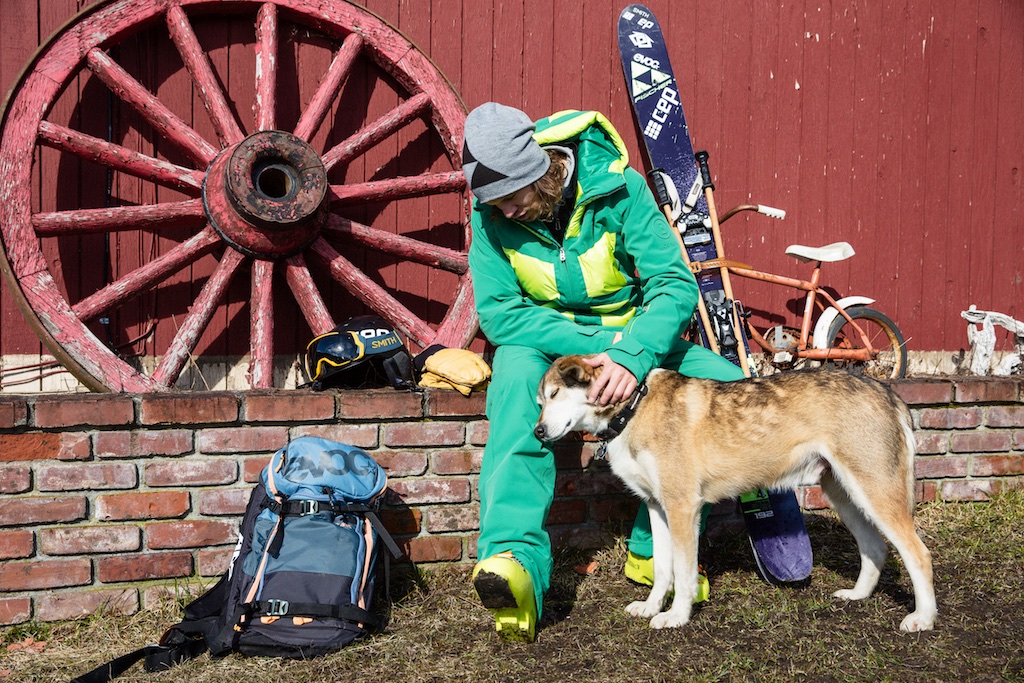 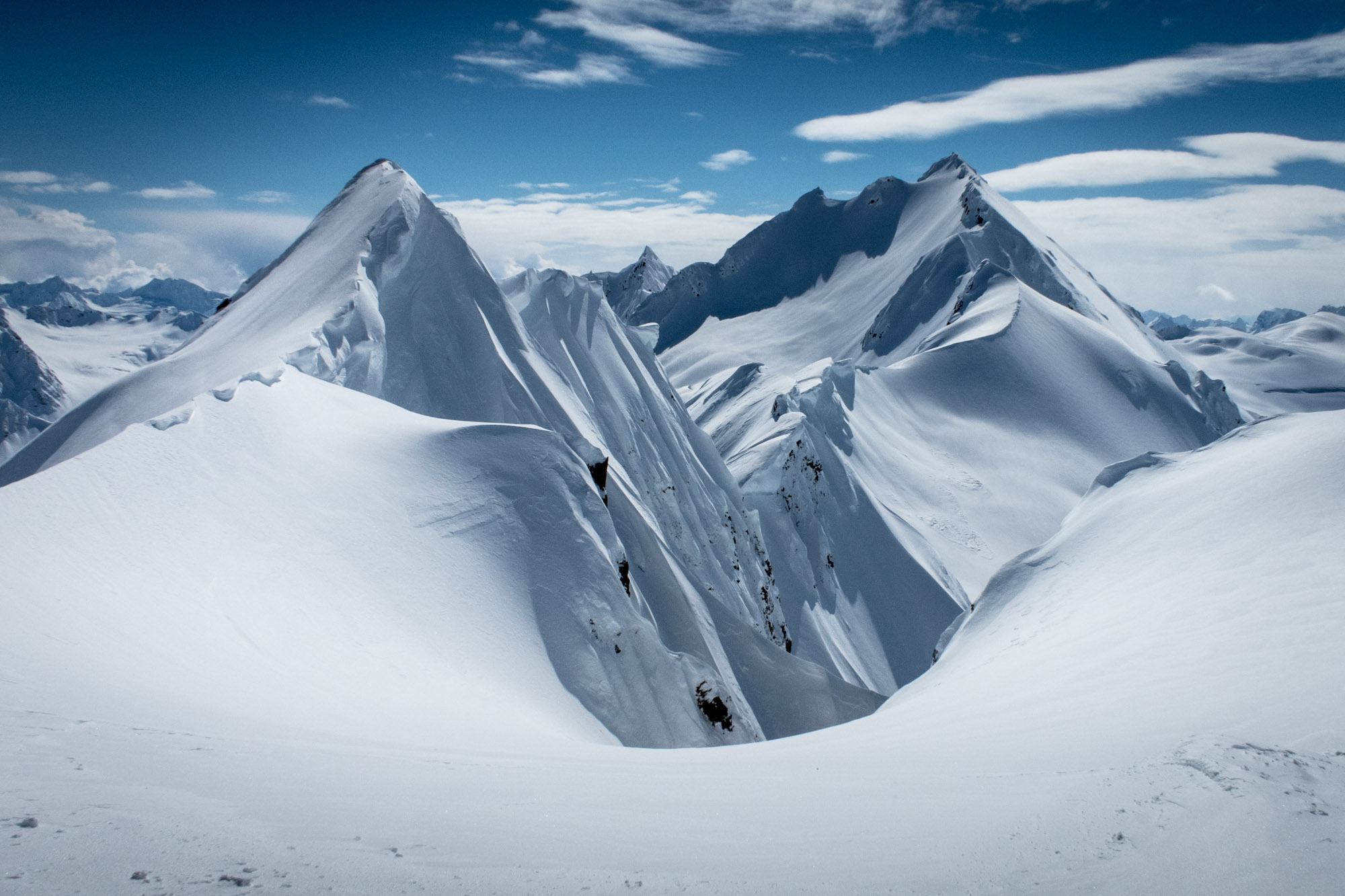 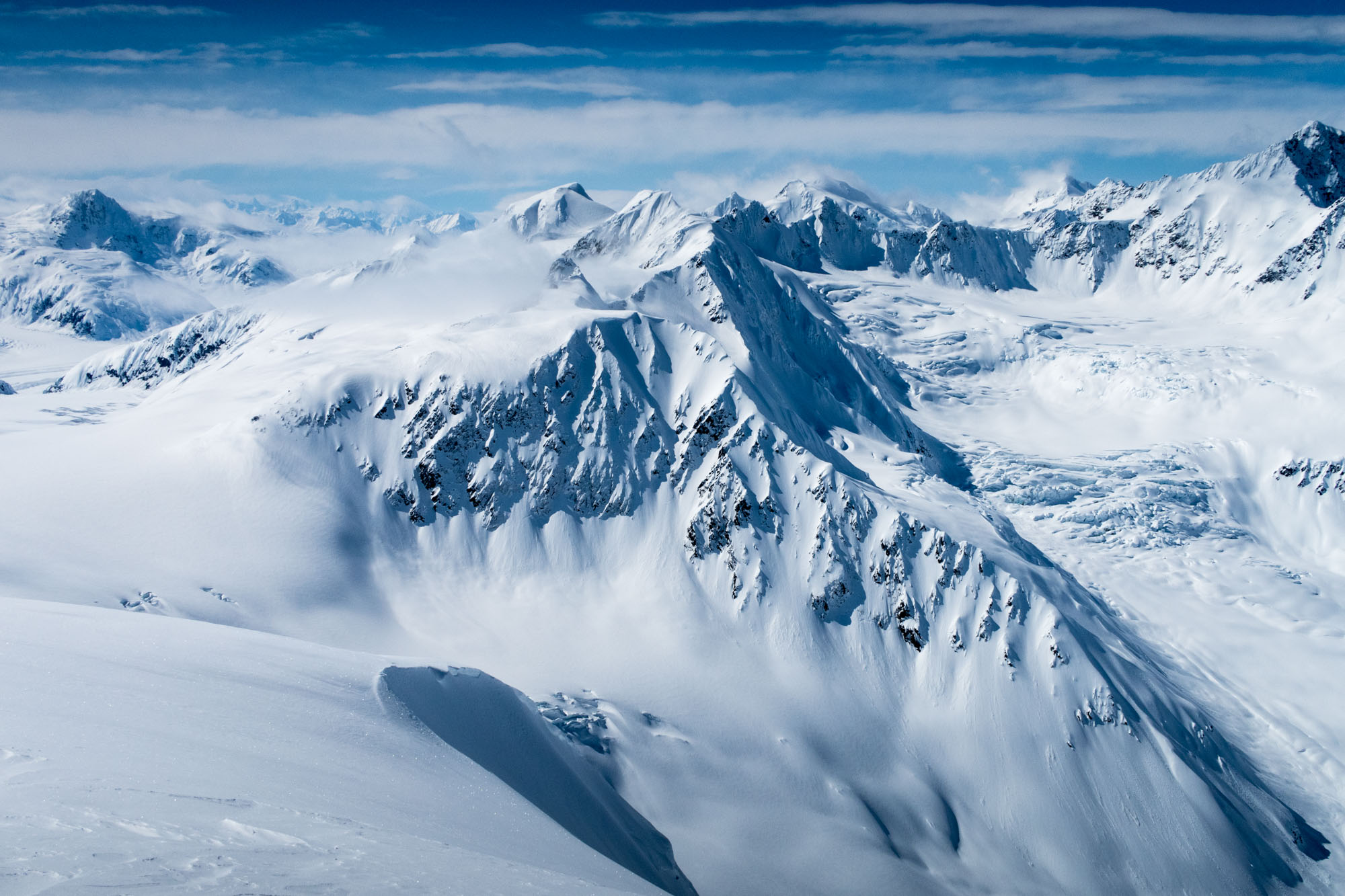 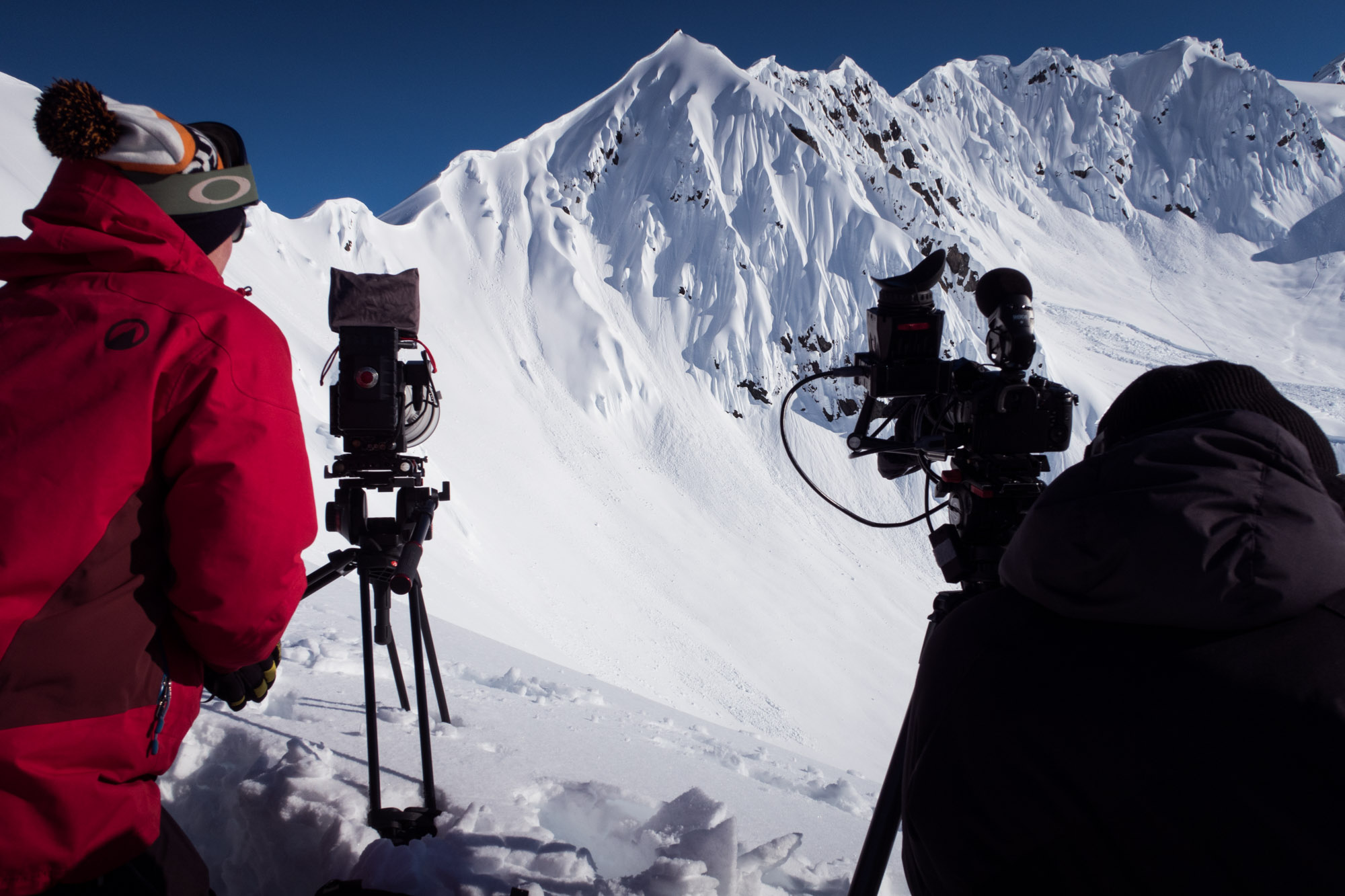 And then on the other hand, we had those days when it was on. So we sat around for sometimes 10 days in a row and suddenly the forecast calls for sun the next day. So we got up at 4 20 am ate a quick breakfast made some lunch and left the farm at around 5 20 am. By 5 45 am we loaded the helicopter and took off at around 6 am just before sunrise. Most of the time we left the door of the helicopter at the base as we filmed 80 % of the shots out of the bird.

The night before game time we made a solid plan with our lead guide and overall champ Tim Tom, which caused us being at the spot right away in the morning with a game plan in our pockets. We usually spend around 40 min to scope the lines, talk about the filming opportunities and the safety procedures.

I remember one day in particular, it was probably 7 20 am and Smoothy and I were being toed in to this steep technical face. Neither one of us has done a turn yet and we just sat around for a week as well. So here I am, on top of this face that is steep, blind and technical with skinny spines and only one possible line to go after I have committed to drop in. The snow was fresh and I expected a good amount of sluff as well as some blind turns. My first thought after being toed in was “ get me the hell out of here” but after confronting these emotions and doubts for a few moments as well as discussing the situation with Smoothy, we both felt comfortable to commit to our lines.

Smoothy went first and took a skiers left line. Seeing him master the challenge and making it to the bottom safe was a confident boost for sure.

And yet it is beyond word to be able to describe the emotions that I go through before drop in. Once I hear the radio call, Sven dropping in in 10 and the following countdown, it is as if the whole world shuts down and my existence is limited to nothing but this one moment. This all intensifies by the moment of drop in. Everything becomes silent and peaceful, the only thing there is exactly the moment! It is the ultimate experience of living to me.

Just like Smoothy before me, I made it to the bottom safely. That is when “it all comes back” and as if I have just entered a different world I am now coming back to reality. It is the pure experience of joy. The moment you ski up to your buddy, in this case to Sam, hugging, high fiving and screeming!

I am pretty sure this is what makes every extreme sports athlete keep doing it over and over again. In some way it is like a high of a drug. 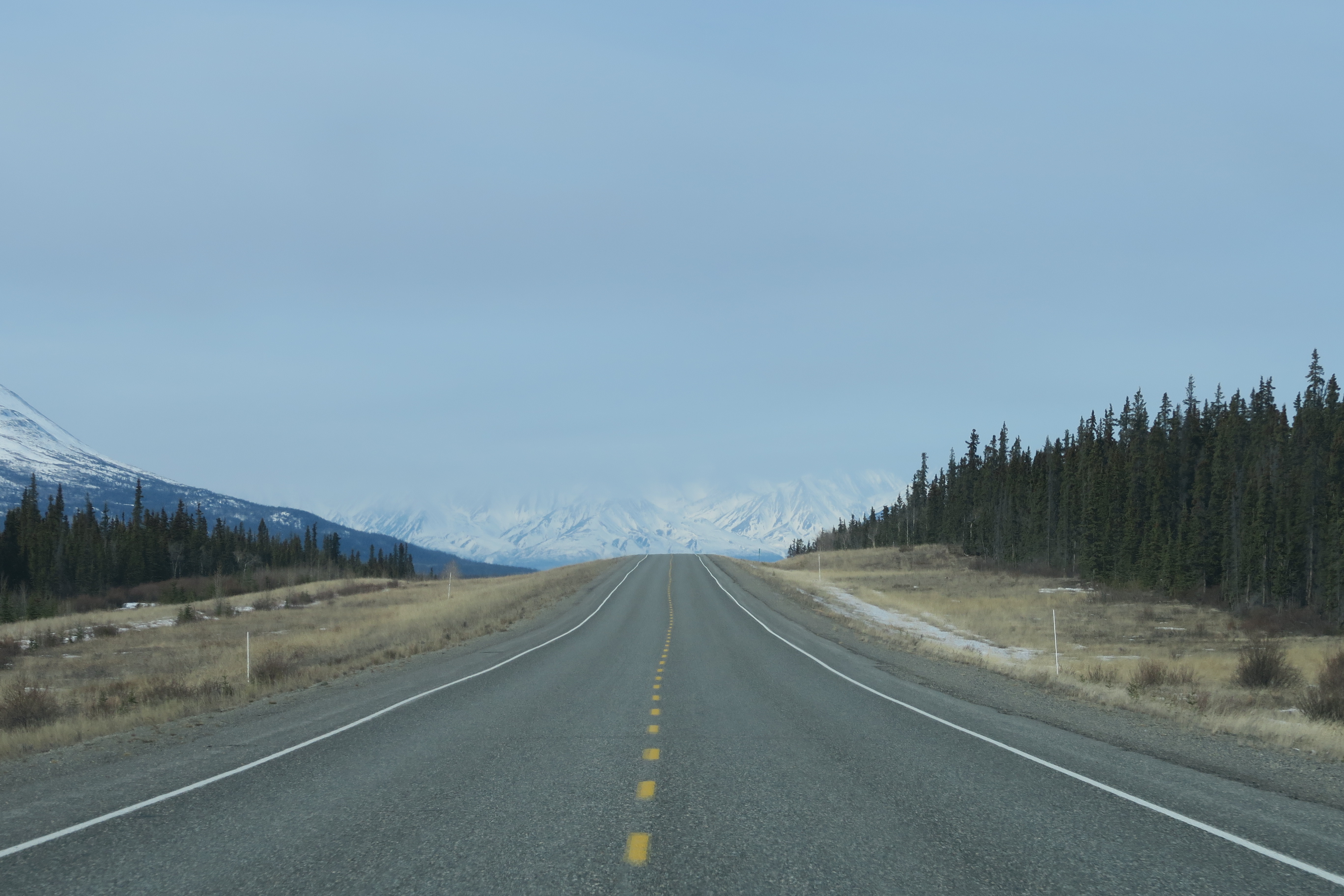 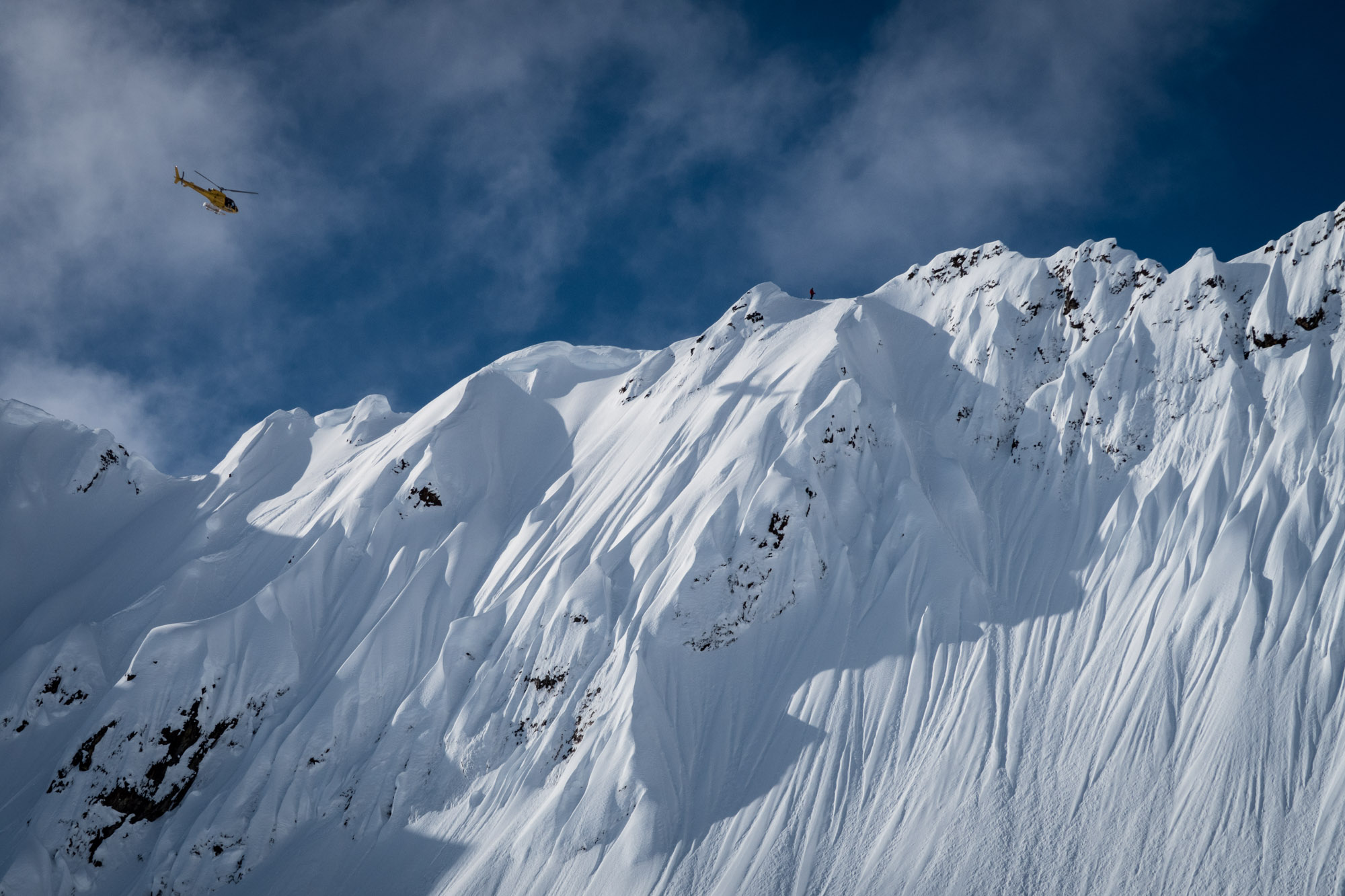 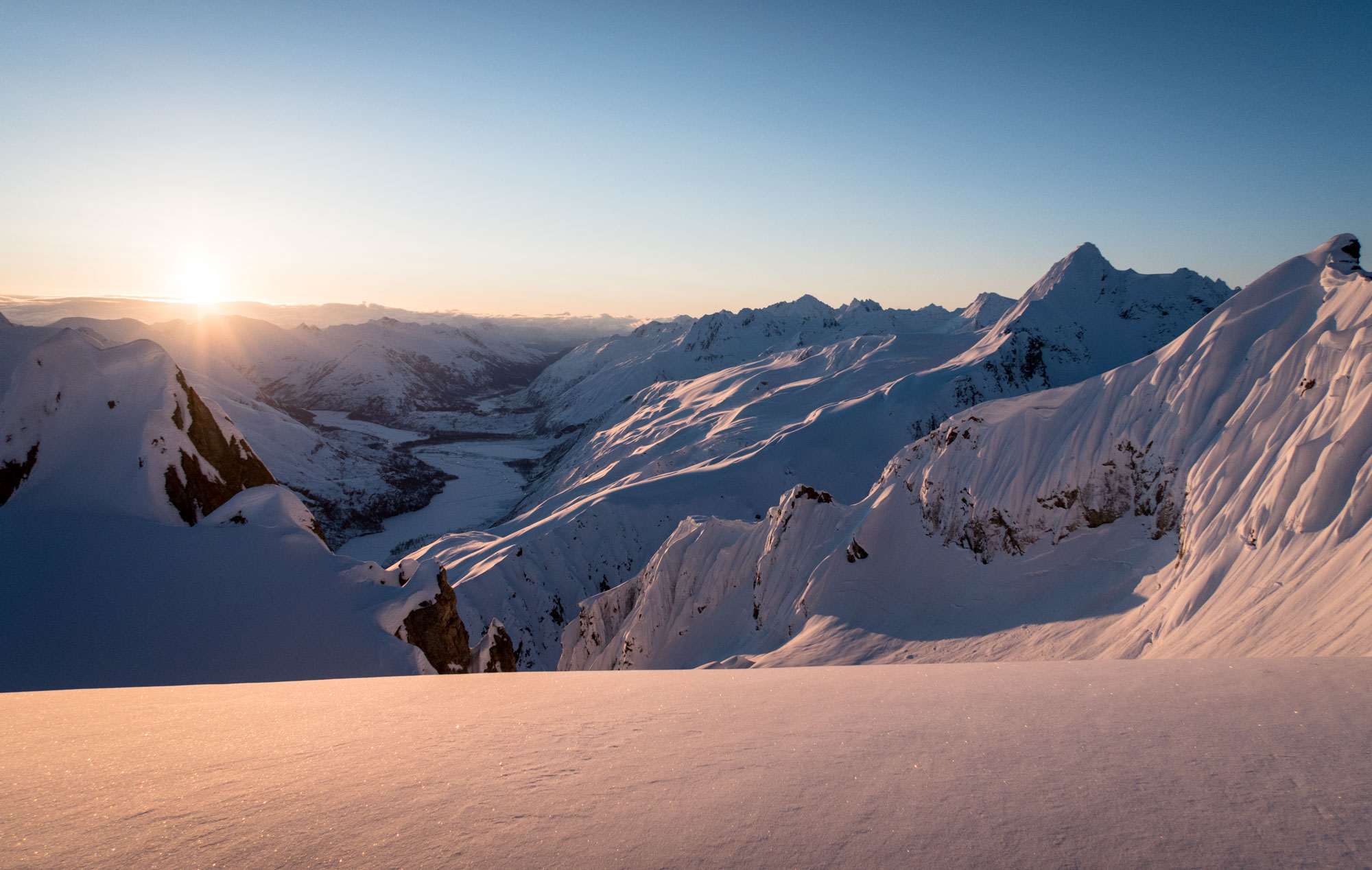 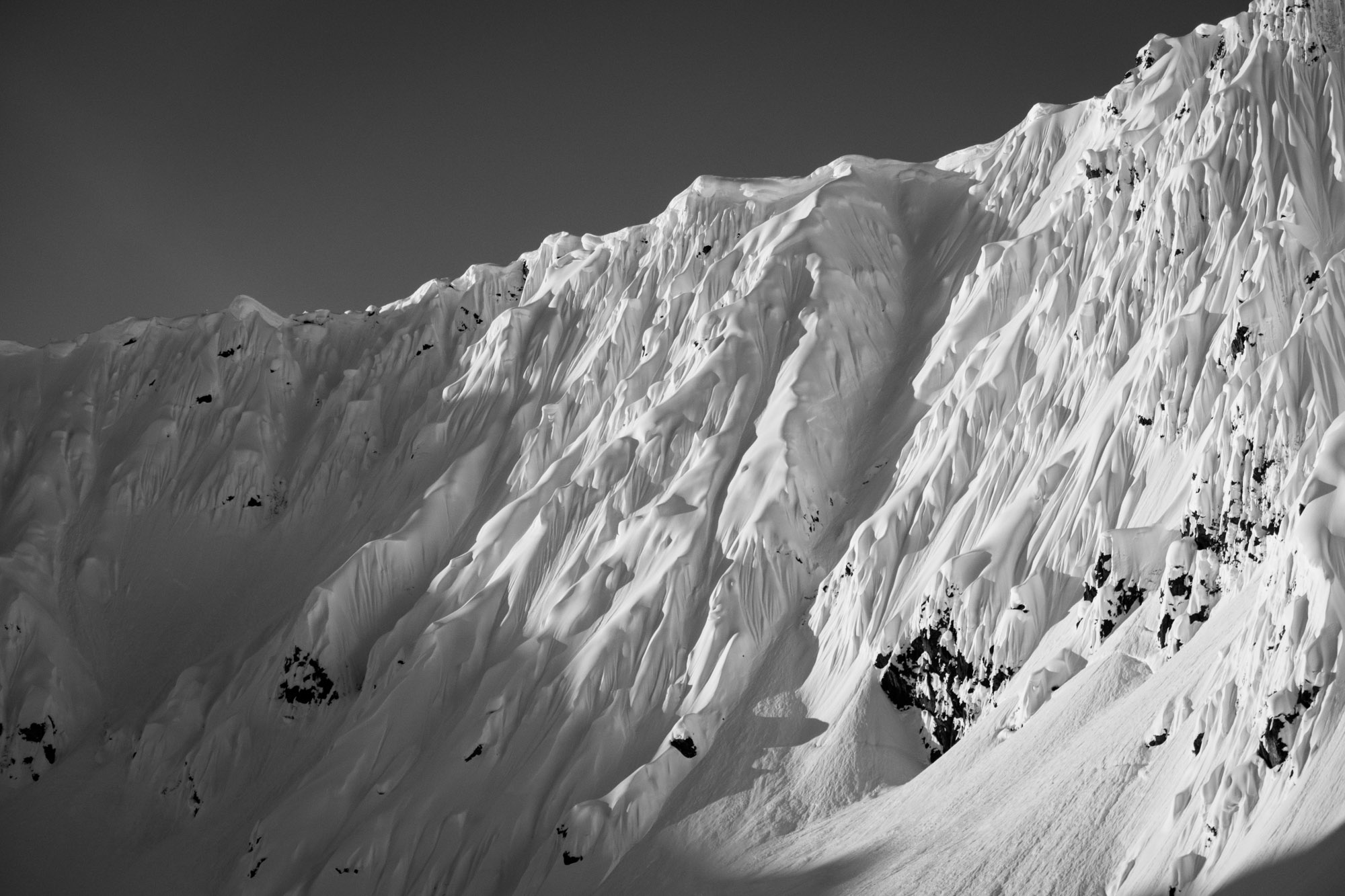 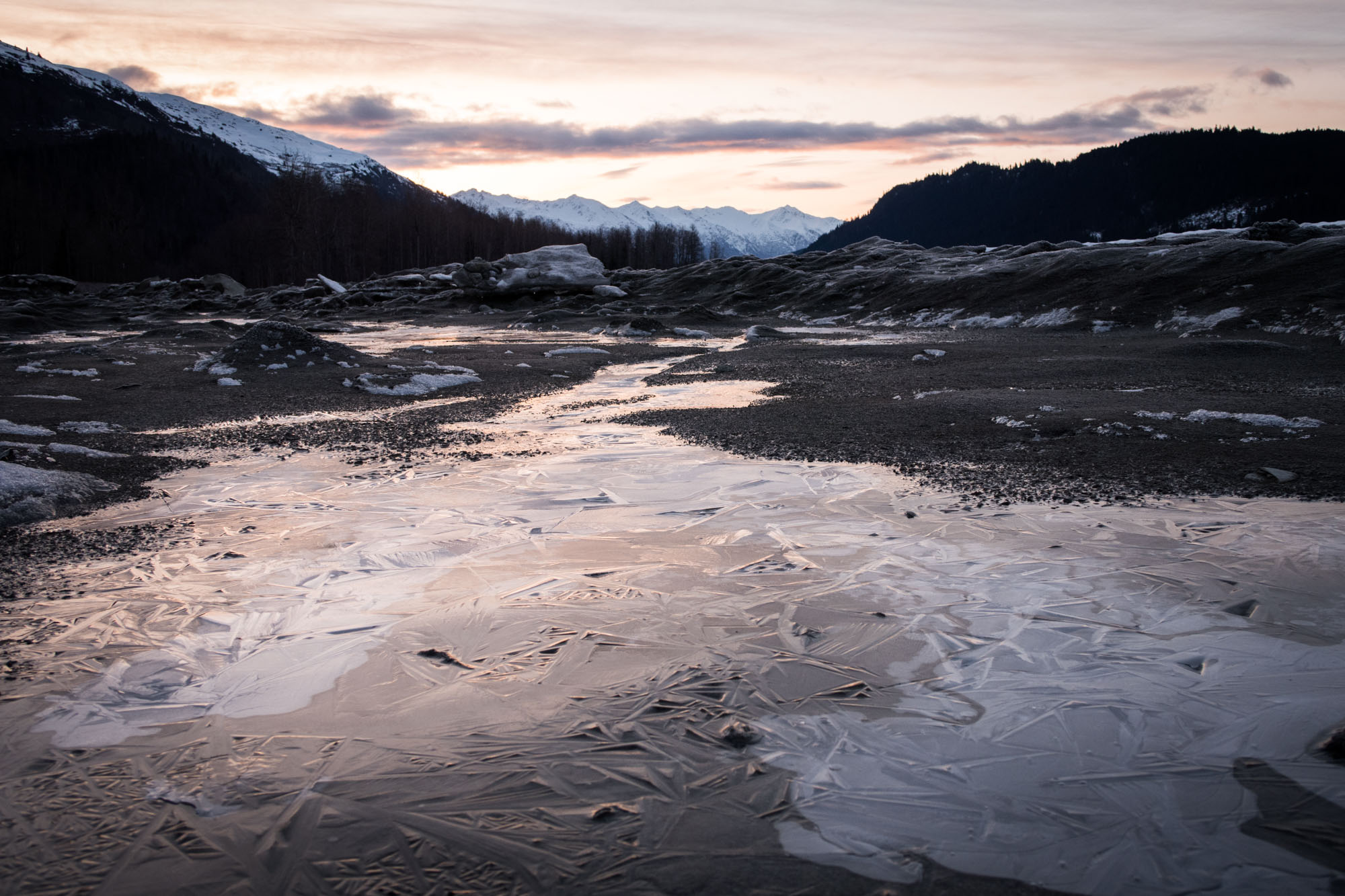 Things got pretty rowdy on our last day of filming after the conditions have changed due to wind. This was when our day started off with a huge avalanche triggered during a toe in. Thomas was about to get out on this ridge, when the heli caused a junk of the cornice to fail which triggered an avalanche taking down the entire face below with a crown of about 15 feet. As this all happened, the guys in the bird haven´t even realized up until Thomas was hanging by his armes on the skit of the heli like in some kind of action movie, pulling himself back into the helicopter as it lifted off. The avalanche was massive and left the whole crew in shock.

After taking a fun run I witnessed Sam Smoothy do the scariest toe in I have ever been involved in. I sat in the bird handing him his skies and I honestly felt sick just watching him standing on this peak which wasn´t even wide enough to fit his skies but really exposed to all sides with a really narrow entry point to one side for his line. But as usual, Smoothy mastered the gnar and skied the line perfectly. My toe in was pretty scary as well just further down the ridge. Afterwards Smoothy and I got a lift over to a different zone where Tobi and Fabi have picked out some of the craziest lines of the trip.

It again got really scary and watching Fabi ski this gnarly exposed line with nothing but steep spines on top of a huge cliff was intense. The snow conditions made it even more difficult. But luckily all went well and the whole crew made it back safe! We took that day as a sign to end the trip.

A couple days later I left AK still “high” from all the experiences and amazing skiing we got to do. / Sven